Drs. James Cox reviews the rationale for concomitant treatment including the evidence for favorable outcomes and the surgeon reported objections why they don’t currently treat.

We customarily classify that as either persistent AF or long-standing persistent AF, but either one of those is caused by a different mechanism, and therefore, the interventional therapy has to be of a different type. From an interventional standpoint, we classify an atrial fibrillation into two categories, paroxysmal atrial fibrillation and everything else, which we’ll call non-paroxysmal atrial fibrillation or N-PAF. If you divide patients into those who have standalone afib and those who have concomitant afib, each category can have either PAF or Non-PAF. What we’re talking about today is how to handle those people who have concomitant atrial fibrillation, that is afib associated with other types of heart disease that are significant enough to warrant surgery on their own because these are the ones that come to us as surgeons.

Each year of the 400,000 or so cardiac surgical procedures that are done in the United States, there are about a little over 100,000 of them, enter our operating rooms each year already having atrial fibrillation associated with their primary problem. Today, we operate on about 21,000 of those. In other words, we treat about 20 to 21% of patients, and the other 79 or 80% of the patients are ignored. This means that four out of five of the patients who already have atrial fibrillation and who re already coming to our operating rooms for other types of surgery like coronary, aortic, or mitral valve surgery leave the operating room without their atrial fibrillation having been treated. About three years ago, there was an independent survey done at the AATS meeting where surgeons were asked why are you not treating the atrial fibrillation that’s already there in front of you in the operating room, and these are the five major answers that were given. If you notice the answers given by the people who took this questionnaire, three of the first four relate primarily to the surgeon’s concern about added risk by combining two operations rather than just doing one operation.

As a result of that, Niv Ad a few years later wrote an article that was published in the Journal of Thoracic and Cardiovascular Surgery and asked the question do we increase the operative risk of these coronary bypass and aortic valve patients by adding the Maze procedure to their surgery. The conclusion was that the addition of the Maze procedure to aortic valve replacement or CABG surgery did not convey an increase in the major morbidity or perioperative risk, and in fact, those people who had the Maze procedure seemed to do significantly better than those who did not. Just a few months ago, Ralph Damiano’s group in St. Louis wrote a summary paper looking at patients who were undergoing mitral valve surgery, and their conclusion was that for patients with atrial fibrillation and mitral valve disease undergoing mitral valve surgery, the addition of the Maze procedure did not significantly affect the procedural mortality. The major concern that the surgeons had regarding adding risk to the primary procedure seems to be unwarranted.

Another answer was given that the reported results may not be reproduceable in private practice. I think what this really conveys is the concern that maybe it’s not really necessary to do this, that you really don’t add anything to it. I think that’s simply a matter of surgical education. For example, the study by Louagle and group that was published in the Annals of Thoracic Surgery in 2009 showed first of all that if you do treat these patients surgically, you can, in fact, restore them to normal sinus rhythm and that if you do restore them to sinus rhythm, this study by Fortani and his group that was reported in the Annals in 2006 shows that these patients do have an improved quality of life if they are in normal sinus rhythm as opposed to being in atrial fibrillation. It’s highly statistically significant. One of the problems that can exist in patients with atrial fibrillation is tricuspid insufficiency. Usually, if you treat the patient’s atrial fibrillation, the tricuspid insufficiency will go away, and those patients do much better as reported by Stulak in the Annals in 2008.

Of great importance, of course, is the fact that if you treat the atrial fibrillation at the time of surgery, patients have fewer long-term strokes. This is a study reported by Itoh in the European Journal of Cardiothoracic Surgery in 2006 showing that there is a statistically significant difference between patients who are treated for the AF and who are not treated for their AF in terms of how many of them have long-term strokes. If someone asks why should you treat atrial fibrillation at the time of doing these other operations, this is a very good answer is that it would increase the incidents of long-term strokes.

Finally, one of the answers given was that there was a lack of society consensus on patient selection, lesion set, or energy source. Now, it’s true that there is a lack of consensus on the lesion set and the energy source, but it is not true that there is a lack of society consensus on whether you should treat their atrial fibrillation or not, so this is not really an accurate response. This is a consensus recommendation of societies that was developed in 2012 that states it is advisable that all patients with documented AF referred for other cardiac surgeries undergo a left or biatrial procedure for atrial

fibrillation. That consensus was signed off on by the Heart Rhythm Society, HRS; the ACC; the American Heart Association; the STS; the European Heart Rhythm Association; and the European Cardiac Arrhythmia Society. That same year, 2012, the International Society of Minimally Invasive Cardiac Surgery or ISMICS produced this consensus statement that concomitant surgical ablation is recommended to increase the incidence of sinus rhythm both at short- and long-term follow-up to improve ejection fraction and exercise tolerance, to reduce the risk of stroke and thromboembolic events, and to improve long-term survival. 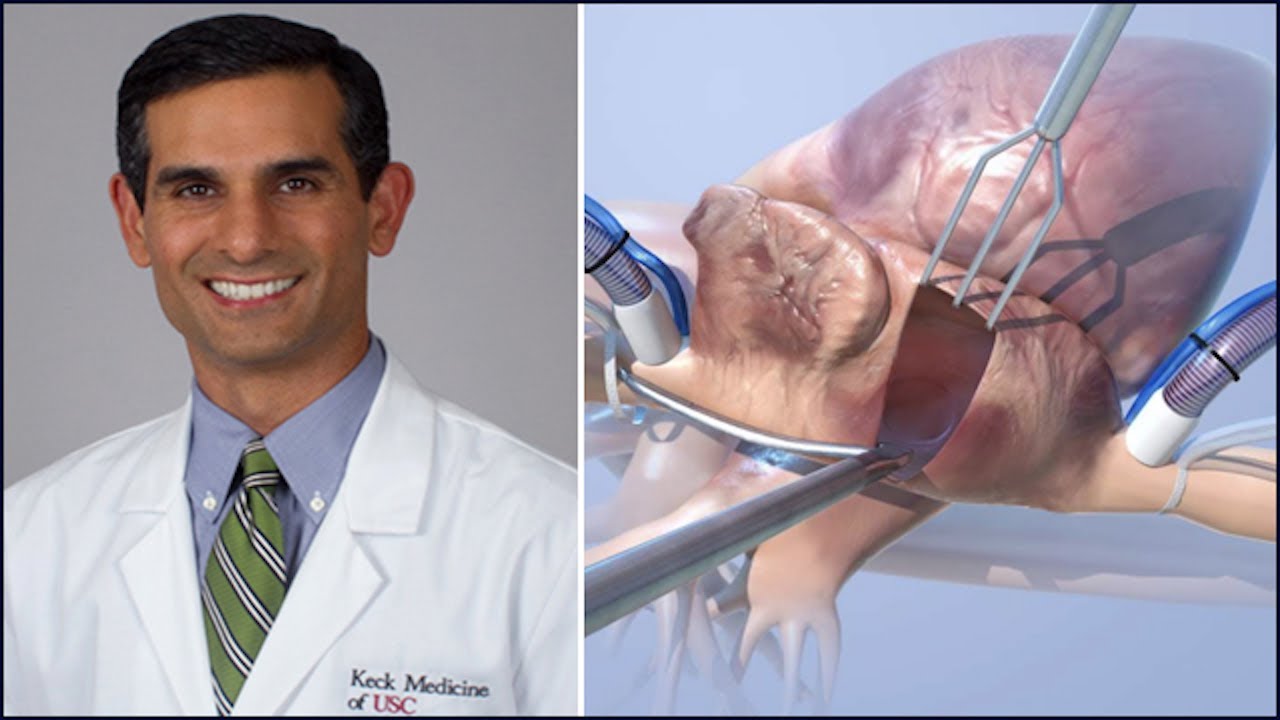