Dr. Kevin Accola is a board-certified thoracic surgeon who has practiced for 20+ years at AdventHealth in Orlando, Florida.  During his incredible career, Dr. Accola has performed over 14,000 cardiac surgeries of which 8,000 involved heart valve procedures. 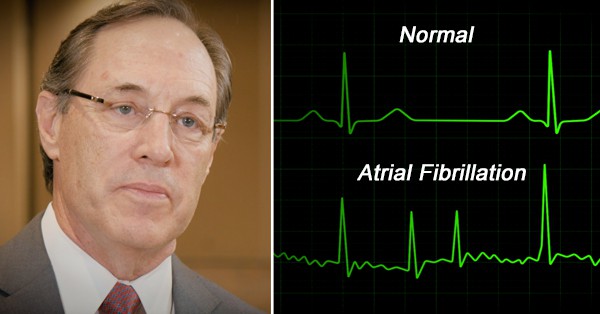 Watch this video to learn why Dr. Accola considers the early treatment of mitral valve disease and AFib to be advantageous for patients.

The key highlights from Dr. Accola's interview include:

For the hearing impaired members of the AFibSurgeons.org community, we have provided a written transcript of Dr. Accola's video below:

I started bringing atrial fibrillation treatment concomitantly into my cardiac cases, particularly with the volume of mitral valve surgery that I do, years ago when the initial radio frequency ablation devices became available, it was apparent that we could make an impact in these patients who might've had short-term atrial fibrillation and since we're operating on mitral valve patients earlier, often times before the left atrium gets very enlarged or blown out, if you will.

Often times if you talk to the patient also pre-operatively and they do have significant mitral insufficiency, most of the time obviously from a degenerative valve – so we need to do something mechanical or do a true mitral valve repair. They might've had some dizzy feelings or some palpitations and even though they may be in sinus rhythm, usually with just going a little deeper, a little more granular with their history, they might've had some episodic atrial fibrillation which can be potentially stopped or inhibited by doing a concomitant Maze at that point.

Usually we see our patients two to three weeks after surgery or post-operatively for their visit. Knowing that they can have the potential of getting off chronic or lifelong anti-coagulation is huge for the patient because it's really tough. You got to watch your diet and your activity levels. If you get any types of bumps or bruises, they become a more significant event. So it's really a thrill if you can do something so simple as do pulmonary vein isolation and maybe some other lesions and exclude the left atrium, which doesn't really add a lot to the procedure overall time-wise as well as certainly not risk.

If you can get someone that remains in a sinus rhythm, that's a huge thing for them, not only from a patient comfort standpoint but really from a physiologic and medical standpoint and longevity standpoint. Patients obviously do much better remaining in sinus rhythm.